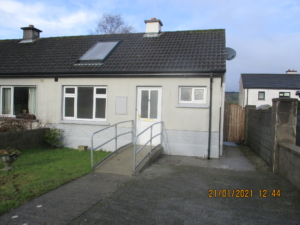 N.B. –  Please note applicants are not to access sites or properties. Many properties are under final stages of construction, or refurbishment and not accessible or safe for viewing

Fianna Fáil TD for Clare Cathal Crowe has welcomed confirmation from the ESB that funding will be provided for a rejuvenation of the Tailrace trail in the Ardnacrusha/Parteen area.

The Tailrace is a canal embankment south of Ardnacrusha Power Station and it runs for a little over a kilometre in length, connecting the dam at Ardnacrusha with the Tailrace Bar, a well-known local pub.

It was formed in the 1920s when the Shannon Scheme was being developed, when steam trains had to bring materials to and from the construction site at the power station in Ardnacrusha, but the old railway track became obsolete in the 1940s and 50s.

However, it has continued to be a recreation used by locals in the 60+ years since.

“In recent years, the Tailrace has enjoyed something of a renaissance with more and more people using it for walks, runs, cycles, walking their dogs and so on and it’s also a much-loved nature trail for kids attending Parteen National School,” said Deputy Crowe.

“Most of the railway tracks have been removed and many sections have been used to help reconstruct the preserved West Clare Railway at Moyasta.

“Only fragments of the old infrastructure still exist on the Tailrace now and though the trail is quite narrow in places and can be overgrown with vegetation, it continues to be widely enjoyed.

“I asked the ESB to enhance the trail and install signage and they have agreed to accede to my request and will make funding available to carry out works this year.

“I think the trail improvement will be a relatively easy process – much of the work will merely involve trimming back the vegetation that takes over in places.

“There’s also a lot of scope for having a really beautiful trail with proper signage highlighting some of the old history of the walk.

“The Tailrace has a fascinating past which I’m sure some of those who enjoy it are not aware of, so it would be really great to ensure it isn’t forgotten.

“Tragically, in the 1920s, a German man by the name of Jacob Kunz, who worked in the power station, was murdered on the Tailrace – an event which was featured in a TV documentary in recent years.

“In 1969, a Disney film called Guns in the Heather, starring Kurt Russell, had a scene filmed on the Tailrace section of the railway.

“I think spelling out these historical events, coupled with signage relating to the array of trees and native plants there, will enhance the experience of everyone who enjoys it at present.

“It’s within my 5km and something I’ve been blessed to be able to enjoy with my kids throughout the months of lockdown so I’m really looking forward to seeing what’s to come.”

Fianna Fáil TD for Clare Cathal Crowe has welcomed confirmation that the controversial concrete barriers that were erected at Illaunamanagh Cemetery in Shannon last week will be re-examined.

The barriers were installed at the car park last week, preventing access on a temporary basis, following the removal of an illegal encampment that had sprung up there in recent weeks.

While the removal of the encampment has received a broad welcome, the barriers had caused some concern given their positioning, which was impeding access to the cemetery for some of those wishing to attend.

“These concrete barriers are completely unsightly but unfortunately are necessary to ensure that an illegal encampment doesn’t return to this spot,” said Deputy Crowe.

“They are robust and heavy and can’t be moved easily and will deter people from parking up caravans along the footpaths near the cemetery and crematorium, which was a real worry for people visiting the crematorium or burial grounds at a vulnerable time – I was contacted by a huge number of people about this.

“Thankfully, that issue was resolved but I then received a number of calls in relation to these barriers.

“On foot of being contacted by a number of residents, I made contact with Clare County Council’s Shannon office asking that they be re-looked at and repositioned.

“I’ve been assured now that they will be repositioned, so I’m glad this will now happen which will make access a little bit easier.

“The council will now have to look at a more permanent solution that is more fitting to the locality and visually pleasing.

“Separately, I’m in contact with An Garda Síochána and Clare County Council regarding the illegal encampment at Sixmilebridge railway station, which popped up in recent days.

“At any time of the year, roadside encampments are illegal but they’re particularly wrong and inappropriate now at a time of an international health crisis, when everybody is only entitled to move within 5km of home and I’m hoping all authorities, as they did in the Shannon situation, will work to expeditated a move this encampment too.”