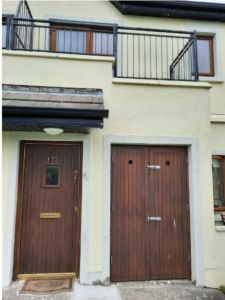 This property is being made available through an Approved Housing Body, Clúid  Housing. 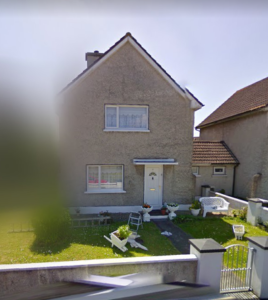 Fianna Fáil TD for Clare Cathal Crowe has welcomed news that a planning application has been submitted for the construction of a €1.2 billion data centre for the outskirts of Ennis.

The development, if approved, would create 250 permanent data centre jobs, along with 1,200 construction jobs and 600 induced jobs in support services.

The campus would cover 145 acres on a site on the Tulla Road with the aim to begin construction in late 2022 over a phased six-year period.

“This is a massively significant development for Co. Clare,” said Deputy Crowe.

“Clare County Council’s Ennis 2040 Economic Plan identified a data centre as a key target for the area, with potential to significantly boost economic development not only for the county town but Clare as a whole.

“We are increasingly seeing these major facilities being planned for locations outside of Dublin and I have long held the belief that we are ideally suited to such developments here in the Midwest region, with an international airport on our doorstep and so many existing industries.

“The development of this data centre will, I hope, proceed without any impediment and also encourage other major developers to look our direction.

“In addition, the new offshore windfarm proposed for Moneypoint can provide huge additional electricity capacity for Ireland, which is a requirement for this type of data centre.

“There’s more and more potential offshore to not only help Ireland achieve carbon neutral status by 2050 but to also attract data centres and other large multinational companies that want energy security but also energy generated in an ethical and sustainable way.

“Clare is emerging as a leader for these future developments and it’s vital that we continue to strike while the iron is hot.” 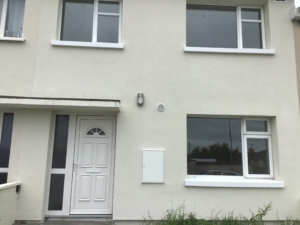 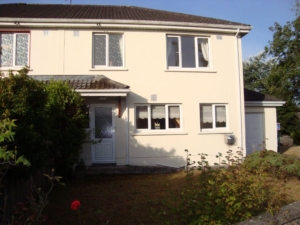 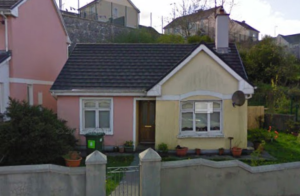 Kitchen/Sitting Room; Main Bathroom with shower in bath; Front and side garden; Heating – stove with back boiler

Fianna Fáil TD for Clare Cathal Crowe is calling on the Minister for Transport to use Co. Clare as a trial spot for an urban e-scooter rental scheme, with a view to the scheme eventually being rolled out nationwide.

Such schemes already exist for pedal bikes in the likes of Dublin, Limerick, Galway and Cork and in last week’s meeting of the Joint Committee on Transport and Communication Networks, the idea of a similar scheme for e-scooters was discussed.

“We are undertaking pre-legislative scrutiny on an updated version of the Road Traffic Act to include for e-scooters and new forms of electric transportation, including automated cars,” said Deputy Crowe.

“This led to a lengthy discussion on newer forms of transport.

“At the meeting, I asked Minister Eamon Ryan if he would consider Clare, and in particular Ennis, as a pilot area to trial urban e-scooters.

“He was positive to my suggestion and said he and his department would be happy to look into this possibility.

“As a member of the Oireachtas Transport Committee, I’ve been engaging with Ford Ireland on a continuous basis over the last number of weeks.

“They have developed an e-scooter which would operate similar to urban bikes that operate in Irish cities, where one can be subscribed to the service on an annual basis or tap in and out to use the bikes on an ad-hoc basis.

“Ford Ireland is planning on rolling out these scooters on a similar basis so that people can rent these for a short period before returning them to another docking station.

“E-scooters are proving to be more than a fad. They first appeared in recent years and I remember stopping in my tracks the first time I saw one pass me on the road.

“They’re not just being used by kids and teenagers – many people are now using them to get to and from work.

“With higher spec scooters being produced, we are seeing young people being able to travel independently of their parents to school, to sports training, to extra-curricular classes, to visit their friends and even commute to college.

“But with increased usage, there’s now a need to have robust legislation in place to ensure e-scooter owners operate safely within the rules of the road, that they would be insured and have many of the same legal obligations that vehicle drivers have.

“I have suggested to Minister Ryan that there be an age limit on who can use them and also that there would be a legal requirement to wear a helmet.

“New infrastructure like this is almost always trialled in major cities but I’ve said to the Minister, why not consider Ennis? It’s Munster’s largest town. Or somewhere like Shannon or Kilrush could also work perfectly.

“It very much looks like the trend in years to come with be for less dependency on petrol and diesel powered vehicles, with more focus on electric vehicles.

“Whilst urban docked rental e-scooters are still at a test stage, I think I will be continuing to make a pitch that Co. Clare should be used as a trial venue for these tests.”

Fianna Fáil TD for Clare Cathal Crowe is campaigning for the release of a teenager, who is among an estimated 32,000 Belorussian nationals who have been arrested as part of the political protests against the regime of President Alexander Lukashenko and the Belorussian government.

Siarhei Hatskevich was just 16 when he was arrested following a demonstration in the city of Brest last August.

Now aged 17, he has been behind bars since March of this year and has been sentenced to three years imprisonment for his participation in the protests.

“I was recently asked by Liberco, a non-governmental organisation, to consider supporting a campaign to have political prisoners in Belarus released,” said Deputy Crowe.

“They asked me if I would consider ‘adopting’ a prisoner and using my political position in Ireland to campaign and lobby for the release of these prisoners.

“Siarhei was a high school pupil before his arrest and detention and the life he’s currently living is in sharp contrast with what teenagers of his age in Ireland are living.

“All freedom has been taken from him – he should be enjoying the liberation and exuberances of youth and yet he finds himself behind bars.

“My office team and I will be doing everything we can to highlight his situation and to seek his release.

“I have set up a Change.org petition and would encourage all who can to sign it.

“It’s hard to believe in the 21st century that Belarus, on the doorstep of the EU, still operates on a dictatorial basis.

“During recent Dáil debates on the European Council, I have spoken on the Belorussian situation.

“Co. Clare has a long-established link with Belarus, with many children who suffer from chronic illnesses arising from the Chernobyl tragedy coming here for holiday stays with Clare families each summer.

“Whilst all of Europe has embraced a western style of democracy, Belarus is definitely lagging behind and it still operates a regime back into what would have existed in Europe in the 1930s and 1940s.

“As a TD, I regularly attend local schools and speak to pupils and when I resume this activity in September, I hope to make Clare students aware of Siarhei’s struggle and they too can join me in fighting for his release.”

Fianna Fáil Spokesperson on Tourism and Aviation Cathal Crowe is calling for facilities to be put in place to allow motorhome owners park up and enjoy Co. Clare – but says it must not come at a cost.

A number of motorhome owners from across the country have mounted a campaign against what they feel are measures which discourage them from parking up.

“Earlier today, I held a virtual meeting with a large group of motorhome owners from throughout Ireland,” said Deputy Crowe.

“As a group, they are warmly embracing the idea of a staycation and many of them told me that Clare is one of the top counties on their list to visit.

“However, they say that most scenic spots in Ireland are unsuitable for overnight campervan stays and that signage that has gone up around the country has made them feel somewhat unwelcome.

“They very much want to see a national policy, in terms of overnight camping and have asked me to look into this.

“I have explained to them that a very delicate balance has to be struck here.

“Whilst we want to see motorhome owners visit Co. Clare and enjoy their time here and hopefully spend their money locally, there is a sizeable problem already with illegal roadside encampments which, in recent years, has caused huge upset for residents in our county and also costed Clare County Council hundreds of thousands in legal challenges.

“A lot of people living in coastal communities feel that the removal of height restriction barriers at carparks would serve to entice further illegal encampments.

“The motorhome sector representatives have advised me of locations where they believe best practice can be seen. France has a nationwide network of supervised and properly maintained overnight park-ups for motorhomes and closer to home, Portumna is seen to be leading the way.

“I have told the group that I will make an approach to Clare County Council on this matter and I feel that a way forward may be to have automated barrier systems so that individuals would pay to enter an overnight parking position.

“This charge would be low level for the first night or two then increase and there would be legal undertaking to that as well.

“Another challenge will be having these sites maintained and supervised and it’s for this reason I believe an automated system could work best in Clare.

“This can only happen, however, with the consent of communities and these overnight facilities should only be placed in parts of the county where they’re not in direct competition with more traditional campsites.

“Motorhomes have become increasingly popular in recent years and as we try to see a bounce-back for tourism in the months ahead, they will have a key role to play.

“We must embrace motorhomes, but it shouldn’t come at a cost to local communities.