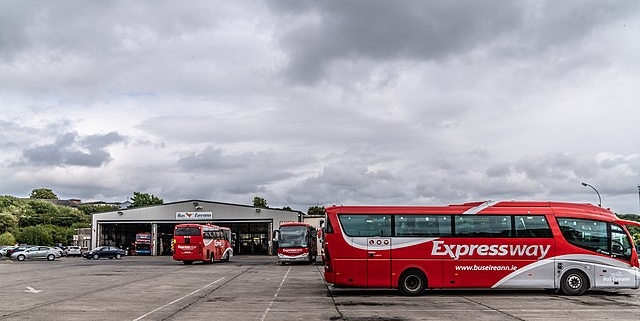 Fianna Fáil TD for Clare Cathal Crowe is calling on Bus Éireann to immediately reinstate its full complement of services on the 51 and 51x Expressway routes it operates.

A recent announcement has seen the end of the provision of the 18.05, 19.05 and 20.05 services from Galway towards Limerick (facilitating Oranmore, Clarinbridge, Ardrahan, Kilcolgan, Labane, Gort, Crusheen, Ennis, Shannon and more).

Though temporary, Deputy Crowe believes it should return to full service in as swift a manner as possible.

“The decision to withdraw some of the evening services on Expressway route 51 and 51x is illogical and is happening at the worst possible time, when we need people to be able to travel safely and socially distanced on public transport,” said Deputy Crowe.

“Since the outbreak of Covid-19, the National Transport Authority has stepped in to fund some of the national public transport services that were seen as essential – Expressway services were one of those that came under this emergency contract with the NTA.

“They recently undertook a review of services which has resulted in the suspension of some of the lesser-used routes around the country.

“My understanding is that this is temporary measure but nonetheless it makes very little sense, when we are moving from a period of high Covid cases towards an overall reopening of the country.

“The announcement happened in the same week that inter-county travel was once again allowed so it would make sense to have a full complement of public transport services once again operational.

“In recent weeks, I have started to commute to the Dáil on the train, using my bike to cycle from my home to the station and again from the station to Leinster House.

“I have noticed a marked increase in the number of people travelling on the train over the past week now that intercounty travel is once again permissible and non-essential retail has reopened.

“A lot of pensioners, who have been vaccinated and stuck in their homes for over a year now, should be able to travel once again with their free travel passes.

“I have made contact with CEO of the NTA Anne Graham and senior Bus Éireann officials in the Midwest about this asking that they rethink their decision.