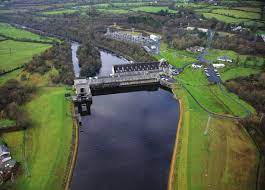 A feasibility study is currently being undertaken, with a view to accessing funding under schemes such as the Rural Regeneration and Development Fund, to allow it to be developed.

ESB currently runs a visitor experience in the power station from approximately May to September each year, with visitor numbers of just over 10,000 annually.

However, access to Ardnacrusha is limited – in general, ESB admits only non-commercial groups, which are booked in advance; tours can be provided only at set times on Mondays through Fridays.

Despite this, demand is high for the tours.

“As someone who’s got a huge interest in history, and in particular that of my locality, I really welcome this initiative on the part of the ESB,” said Deputy Crowe.

“At the time it was built a century ago, Ardnacrusha was declared one of the wonders of the engineering world and for the decades that followed its construction, people flocked in their droves to see it for themselves.

“It was a tourism destination in its own right.

“People would buy postcards in Barry’s Shop – which is still trading to this day – and send them home to their families.

“They would make day excursions on foot to the Ardnacrusha

“A lot of current and former employees of the ESB still live in the locality and they’ve been very generous over the years in facilitating school visits on the site.

“In more recent years, it has opened over the summer months to allow people come in and tour the facility.

“There’s currently a very small museum on the site run on a voluntary basis which is a great facility, but it is in need of modernising.

“These days, there’s a huge emphasis on the STEM subjects in school – engineering, of course, being one of them.

“As a teacher, I think as many school classes as possible should visit this site and look at how, a century ago, the people of Ireland had the foresight to generate electricity from renewable means and that in the year 2021 we’ve almost gone full circle and we’re again becoming reliant on renewable forms of electricity.”