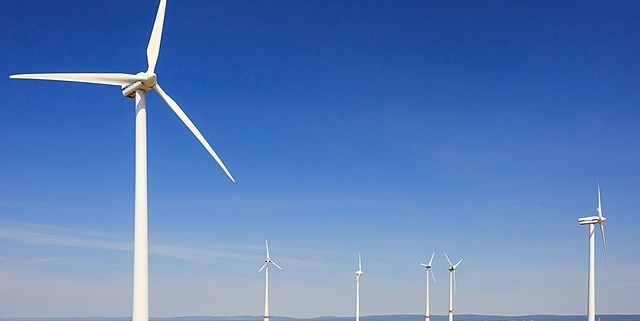 Fianna Fáil TD for Clare Cathal Crowe has welcomed the refusal of planning permission for a major new windfarm just 6km away from the town of Miltown Malbay.

“I was one of the objectors to this project and I want to make it crystal clear at the outset that I am 100% in favour of wind and renewable energy,” said Deputy Crowe.

“This issue here is that there is an excessive concentration of windfarms in this part of the county, far in excess of anything I’ve seen elsewhere in the country.

“I have a number of concerns relating to access, bird breeding habitats, the bog, displacement of turf banks and many more but one of the things that really struck me when I was back there lately was the noise already coming from Slieve Callan just across the valley from it.

“It reminds me of what I’m used to hearing on the apron of Shannon Airport’s runway – this loud, trundling noise each time the rotor of the turbine went around.

“The community have made it abundantly clear to me that while they support renewable energies, there comes a time when enough is enough and they’ve endured more than fair share and the proliferation of wind turbines and the issues these have brought to their community has to stop.

“I also want to say to the residents in the location that I’ve lodged a planning enforcement complaint relating to Slieve Callan.

“This farm is there and will be there for a long time to come but when that was granted planning permission, there were certain parameters relating to noise emissions, flicker effect etc and many have the belief that these thresholds are being breached and have raised this with me and others.

“On this basis, I have made a complaint and that investigation is now underway.

“Enough is enough – there’s more than enough wind turbine in this corner of our county and I reiterate my belief that the future of wind energy must now be focused on offshore developments.

“The winds are greater, the turbines are more efficient in the oceans and they are much less visually intrusive – it’s a no brainer.”